Others, realizing they have been unmasked, receive the sacraments, but this will be neither spontaneous nor meritorious; others will go to confession because of a momentary fear of Hell but will still be attached to sin. Please, tell me what I can do for them. They have rules; let them observe them. They have the sacraments; let them receive them. I pulled back in horror.

I could not wait to rush back to the Oratory to warn the boys lest others might be lost as well. But first tell me: Do you wish to go alone or with me? Before one is condemned to Hell, I said to myself, he must be judged. And I haven't been judged yet! We entered that narrow, horrible corridor and whizzed through it with lightning speed. Threatening inscriptions shone eerily over all the inner gateways. The last one opened into a vast, grim courtyard with a large, unbelievably forbidding entrance at the far end. Above it stood this inscription: "These shall go into everlasting punishment.

I asked my guide if I could read them, and he consented. These were the inscriptions: "He will give fire, and worms into their flesh, and they may burn and may feel forever. All this is gone forever. Do you just want to see or would you rather experience these things yourself? As soon as I crossed its threshold, I felt an indescribable terror and dared not take another step. Ahead of me I could see something like an immense cave which gradually disappeared into recesses sunk far into the bowels of the mountains.

They were all ablaze, but theirs was not an earthly fire with leaping tongues of flames. The entire cave --walls, ceiling, floor, iron, stones, wood, and coal -- everything was a glowing white at temperatures of thousands of degrees. Yet the fire did not incinerate, did not consume. I simply can't find words to describe the cavern's horror.


Seemingly unaware of anything else, he emitted a most shrilling scream, like one who is about to fall into a cauldron of liquid bronze, and plummeted into the center of the cave. Instantly he too became incandescent and perfectly motionless, while the echo of his dying wail lingered for an instant more.

Terribly frightened, I stared briefly at him for a while. He seemed to be one of my Oratory boys. Just keep looking. Besides, "Everyone shall be salted with fire. He too was from the Oratory. As he fell, so he remained. He too emitted one single heart-rending shriek that blended with the last echo of the scream that came from the youth who had preceded him. Other boys kept hurtling in the same way in increasing numbers, all screaming the same way and then all becoming equally motionless and incandescent. I noticed that the first seemed frozen to the spot, one hand and one foot raised into the air; the second boy seemed bent almost double to the floor.

Others stood or hung in various other positions, balancing themselves on one foot or hand, sitting or lying on their backs or on their sides, standing or kneeling, hands clutching their hair. Briefly, the scene resembled a large statuary group of youngsters cast into ever more painful postures. Other lads hurtled into that same furnace.

Some I knew; others were strangers to me. I then recalled what is written in the Bible to the effect that as one falls into Hell, so he shall forever remain. They have been warned a thousand times, but they still choose to rush into the fire because they do not detest sin and are loath to forsake it.

Furthermore, they despise and reject God's incessant, merciful invitations to do penance. Thus provoked, Divine Justice harries them, hounds them, and goads them on so that they cannot halt until they reach this place. I took a few steps forward and saw that many of those poor wretches were savagely striking at each other like mad dogs. Others were clawing their own faces and hands, tearing their own flesh and spitefully throwing it about.

Just then the entire ceiling of the cave became as transparent as crystal and revealed a patch of Heaven and their radiant companions safe for all eternity. The poor wretches, fuming and panting with envy, burned with rage because they had once ridiculed the just. Pressing my ear to the crystal window, I heard screams and sobs, blasphemies and imprecations against the Saints. It was a tumult of voices and cries, shrill and confused.

The Call to be an SDB

Behold, how they are numbered among the children of God, and their lot is among the saints. Therefore we have erred from the way of truth, and the light of justice hath not shined unto us, and the sun of understanding hath not risen upon us. What hath pride profited us?


All those things are passed away like a shadow. Here is only eternity. Were they to die now or persist in their evil ways, they would be damned. But we are wasting time. Let us go on. What a torment was their, to remember each unforgiven sin and its just punishment, the countless, even extraordinary means they had had to mend their ways, persevere in virtue, and earn paradise, and their lack of response to the many favors promised and bestowed by the Virgin Mary.

What a torture to think that they couId have been saved so easily, yet now are irredeemably lost, and to remember the many good resolutions made and never kept.

Hell is indeed paved with good intentions! In this lower cavern I again saw those Oratory boys who had fallen into the fiery furnace. Some are listening to me right now; others are former pupils or even strangers to me. I drew closer to them and noticed that they were all covered with worms and vermin which gnawed at their vitals, hearts, eyes, hands, legs, and entire bodies so ferociously as to defy description. Helpless and motionless, they were a prey to every kind of torment. Hoping I might be able to speak with them or to hear something from them, I drew even closer but no one spoke or even looked at me.

I then asked my guide why, and he explained that the damned are totally deprived of freedom. Each must fully endure his own punishment, with absolutely no reprieve whatever.


I have not been judged yet, and so I will not go to Hell! As I stepped in, I found myself suddenly transported into a magnificent hall whose curtained glass doors concealed more entrances. Above one of them I read this inscription: The Sixth Commandment. Pointing to it, my guide exclaimed, "Transgressions of this commandment caused the eternal ruin of many boys.

Don Bosco: An Inspiration to Many!

Other boys may have fallen into that sin but once in their childhood, and, through shame, never confessed it or did so insufficiently. Others were not truly sorry or sincere in their resolve to avoid it in the future. There were even some who, rather than examine their conscience, spent their time trying to figure out how best to deceive their confessor. Anyone dying in this frame of mind chooses to be among the damned, and so he is doomed for all eternity.

Only those who die truly repentant shall be eternally happy. Now do you want to see why our merciful God brought you here? Among them were some whose conduct seems to be good. A generic warning will suffice. Bear in mind that even if you did admonish them individually, they would promise, but not always in earnest. For a firm resolution, one needs God's grace which will not be denied to your boys if they pray.

God manifests His power especially by being merciful and forgiving. On your part, pray and make sacrifices. 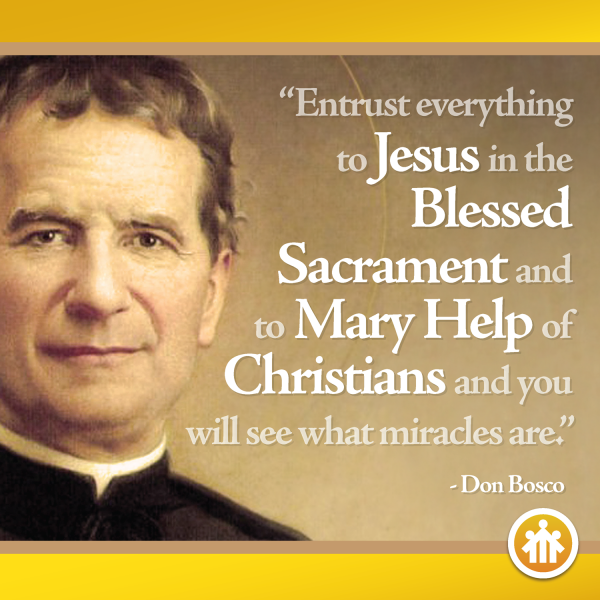 As for the boys, let them listen to your admonitions and consult their conscience. It will tell them what to do. Afterward, my guide several times exclaimed in a loud voice, "Avertere!

He turned and lifted another curtain bearing this inscription: "They who would become rich, fall into temptation, and to the snare of the devil. I countered, "because they are as poor as I am. We are not rich and do not want to be. We give it no thought. They were in pain, like those I had seen before. Pointing to them, my guide remarked, "As you see, the inscription does apply to your boys.

Thus they sin against charity, piety, and meekness.